The 4 reasons I couldn't enjoy Bridgerton on Netflix

Based on the series of novels by Julia Quinn, Bridgerton, created by Chris Van Dusen, is the first Shondaland series to debut under the Netflix development deal Shonda Rhimes signed in 2017.

When I heard a period piece featuring Black people was coming to Netflix, I was pretty excited. It's a show primarily focused on the young women of society in London who participate in the social season, which is essentially the marriage market where various suitors attempt to become their husbands. The central character is the eldest daughter of the Bridgerton family, Daphne (Phoebe Dynevor), who falls for the Duke of Hastings, Simon Bassett (Regé-Jene Page).

After watching how diverse the trailer was, I thought this might finally be our chance to see young Black women as members of society in a period drama taking part in the social season being courted and desired. Unfortunately, I was let down for a few reasons:

1. The only Black girl, Marina (Ruby Barker), who is young enough to be courted and could even catch the eye of most of the potential suitors, is pregnant by the end of episode 1. We get about 20 minutes of her being one of the most desired at court before that's shot to hell. She's then locked away, forced later to rejoin the social season to find a man to take care of her and her unborn child, and finally, we find that the man who impregnated her did love her and would've given her a great life, but of course, he's dead now. Her storyline is just...awful.

2. While Black girls were shown to be apart of society, they were mostly just background characters. They were used to fulfill the "diversity" aesthetic the show wanted to create without giving younger women of color a story worth paying attention to. For a show touted for its blind casting in its promotion, the show is still overwhelmingly white, and the White leading lady is regarded as a "diamond" that's protected by the men, which wouldn't be so bad until you compare how the one Black girl is treated.

3. The show has a colorism problem. Simon's dark skin father is ruthless to his own son and ignores his wife while she bleeds out after giving birth. In typical Netflix fashion, the only other Black women besides Marina who are apart of the main cast are the Queen and the surrogate mother of the Duke, Lady Danbury. Lady Danbury is the only dark skin Black woman who is apart of the cast at all. This brings me to a problem I have with Netflix in general:

4. Daphne rapes her husband, Simon, and the scene is written to sympathize with Daphne. I was taken aback by how the show handled it's own rape scene so poorly when Daphne punched a man who tried to force himself on her earlier in the show.

Yet, several episodes later, when Daphne learns Simon is using the pull-out method to avoid giving her children, Daphne then forces herself on top of him and refuses to get off even though Simon wants her to so that he'll be forced to ejaculate in her. This is rape. The scene is written to make Daphne seem justified and Simon the villain for lying about his ability to have kids. While Simon may be wrong for lying, it will never justify Daphne refusing to get off of him, and the show handles it poorly.

Memes and Gifs from Falcon and the Winter Soldier Episode 1

It's the first weekend without Falcon and the Winter Soldier, and you're like me you're probably missing it badly. With Loki still,...
6 views0 comments

You don't have to go to Diagon Alley to get a wand anymore. Photo courtesy: HarryPotterStore.com Ever wanted to buy your very own wand...
90 views0 comments

Did you know, April Fool’s Day was believed to have started in Europe and was actually a celebration of the Loki in Norse mythology. So...
21 views0 comments 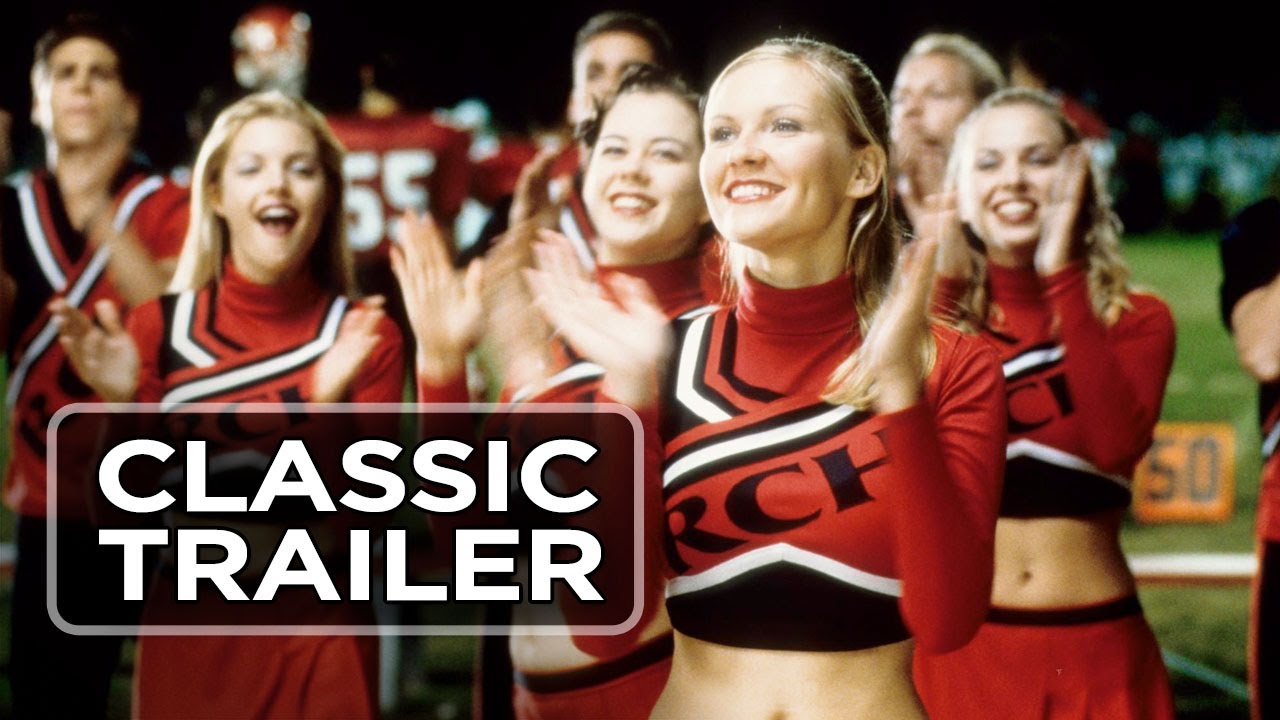 As influencers continue to get opportunities from Black creative's work, here's why a movie from 20 years ago is more important than...
13,003 views3 comments

Though traditionally held in the summer, San-Diego Comic-Con will be held as a 3-day special event from November 26 to November 28 this...
8 views0 comments

Memes and Gifs from Falcon and the Winter Soldier Episode 1

The first episode of The Falcon And The Winter Soldier is here and while it gets straight to the action unlike WandaVision, it still...
0 views0 comments

Snyder Cut Justice League Review: Was Zack Snyder able to do the impossible?

The Snyder Cut isn't perfect, but it’s undeniably a look at what could've been for the D.C. Extended Universe and a chance most of its...
25 views0 comments
{"items":["60918acd814288001591a2a2","607f04ff8f43af0057e174dc","60660296b0cbcd0015c6e890","6062037a0b6c9d004113232e","605fdd805921ea00169954f7","60565a94a885a60015e8c944","6057b6d37ead3c00158ab20d"],"styles":{"galleryType":"Columns","groupSize":1,"showArrows":true,"cubeImages":true,"cubeType":"fill","cubeRatio":0.75,"isVertical":true,"gallerySize":30,"collageAmount":0,"collageDensity":0,"groupTypes":"1","oneRow":false,"imageMargin":32,"galleryMargin":0,"scatter":0,"rotatingScatter":"","chooseBestGroup":true,"smartCrop":false,"hasThumbnails":false,"enableScroll":true,"isGrid":true,"isSlider":false,"isColumns":false,"isSlideshow":false,"cropOnlyFill":false,"fixedColumns":1,"enableInfiniteScroll":true,"isRTL":false,"minItemSize":50,"rotatingGroupTypes":"","rotatingCropRatios":"","columnWidths":"","gallerySliderImageRatio":1.7777777777777777,"numberOfImagesPerRow":1,"numberOfImagesPerCol":1,"groupsPerStrip":0,"borderRadius":0,"boxShadow":0,"gridStyle":1,"mobilePanorama":false,"placeGroupsLtr":true,"viewMode":"preview","thumbnailSpacings":4,"galleryThumbnailsAlignment":"bottom","isMasonry":false,"isAutoSlideshow":false,"slideshowLoop":false,"autoSlideshowInterval":4,"bottomInfoHeight":0,"titlePlacement":"SHOW_ON_THE_RIGHT","galleryTextAlign":"center","scrollSnap":false,"itemClick":"nothing","fullscreen":true,"videoPlay":"hover","scrollAnimation":"NO_EFFECT","slideAnimation":"SCROLL","scrollDirection":0,"scrollDuration":400,"overlayAnimation":"FADE_IN","arrowsPosition":0,"arrowsSize":23,"watermarkOpacity":40,"watermarkSize":40,"useWatermark":true,"watermarkDock":{"top":"auto","left":"auto","right":0,"bottom":0,"transform":"translate3d(0,0,0)"},"loadMoreAmount":"all","defaultShowInfoExpand":1,"allowLinkExpand":true,"expandInfoPosition":0,"allowFullscreenExpand":true,"fullscreenLoop":false,"galleryAlignExpand":"left","addToCartBorderWidth":1,"addToCartButtonText":"","slideshowInfoSize":200,"playButtonForAutoSlideShow":false,"allowSlideshowCounter":false,"hoveringBehaviour":"NEVER_SHOW","thumbnailSize":120,"magicLayoutSeed":1,"imageHoverAnimation":"NO_EFFECT","imagePlacementAnimation":"NO_EFFECT","calculateTextBoxWidthMode":"PERCENT","textBoxHeight":0,"textBoxWidth":200,"textBoxWidthPercent":51,"textImageSpace":10,"textBoxBorderRadius":0,"textBoxBorderWidth":0,"loadMoreButtonText":"","loadMoreButtonBorderWidth":1,"loadMoreButtonBorderRadius":0,"imageInfoType":"ATTACHED_BACKGROUND","itemBorderWidth":1,"itemBorderRadius":0,"itemEnableShadow":false,"itemShadowBlur":20,"itemShadowDirection":135,"itemShadowSize":10,"imageLoadingMode":"BLUR","expandAnimation":"NO_EFFECT","imageQuality":90,"usmToggle":false,"usm_a":0,"usm_r":0,"usm_t":0,"videoSound":false,"videoSpeed":"1","videoLoop":true,"jsonStyleParams":"","gallerySizeType":"px","gallerySizePx":575,"allowTitle":true,"allowContextMenu":true,"textsHorizontalPadding":-30,"itemBorderColor":{"themeName":"color_15","value":"rgba(0,0,0,1)"},"showVideoPlayButton":true,"galleryLayout":2,"targetItemSize":575,"selectedLayout":"2|bottom|1|fill|true|0|true","layoutsVersion":2,"selectedLayoutV2":2,"isSlideshowFont":false,"externalInfoHeight":0,"externalInfoWidth":0.51},"container":{"width":575,"galleryWidth":607,"galleryHeight":0,"scrollBase":0,"height":null}}
More Posts

My name is Ashley K. Smalls and I'm just a Black nerd from Brooklyn sharing my perspective on what's happening in pop culture.